Here in Newfoundland Labrador, we are familiar with the results of frost heave. Gardeners are well aware of rocks showing up in their garden, in the spring as they prepare their soil for the gardening season. Year after year, we would walk over the ground with a wheel barrow and gather rocks that seemed to come from nowhere.

Back in the seventies, I purchased a parcel of land from my wife’s uncle. His father and grandfather had used the land to farm potatoes, carrots, cabbage, turnip and other vegetables. The land was over 500 feet in length and at the back of the land there was a small valley hill that was filled with rocks of different sizes. Those were the rocks that had been removed from the garden. Many of them had been pushed up by the frost.

I planted potatoes, turnip and carrot and every year there would be a new batch of rocks that had been heaved up by the frost. Some of them were very large. The soil was about 10 inches deep and there had been no large rocks visible the previous year.

In the spring of the year, our highways are susceptible to frost heave.There will be bumps, in the pavement and rocks protruding on some of the unpaved roads. I recall years ago, driving the Burin Peninsula Highway and tearing the exhaust of the car by a rock that had been forced to the surface and above, by frost. We thought it was fun to go airborne, in the car; although we were only a few inches off the road, when we drove over a piece of pavement that had been pushed up by the frost.

Frost heave is alive and well here in Newfoundland Labrador

How Does Frozen Ground Affect land

What Is Frost Heave

Ocean beach rocks photos taken at a beach in Kelligrews, Newfoundland. I’m fascinated by the different shapes and the roundness of the rocks. They have been washed by the salt water,  pounded against each other by the waves and in our area, scraped and rolled by sea ice.

The following link is a scientific explanation of beach rocks and their characteristics.

The following photo was taken on the beach just above the trestle bridge out Heritage Road, in Upper Gullies, Con Bay South.,between  the trestle and Seal Cove Beach. 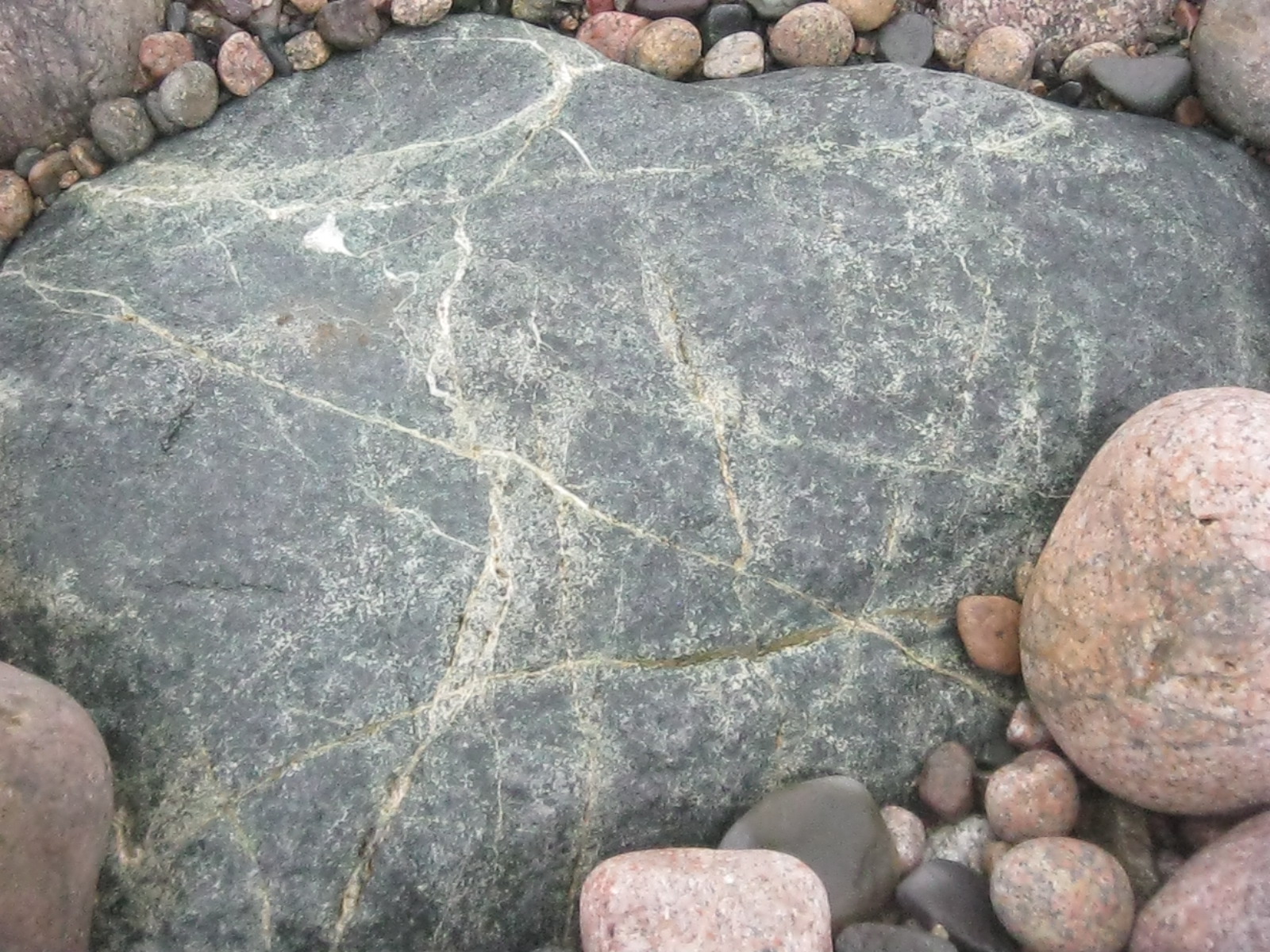 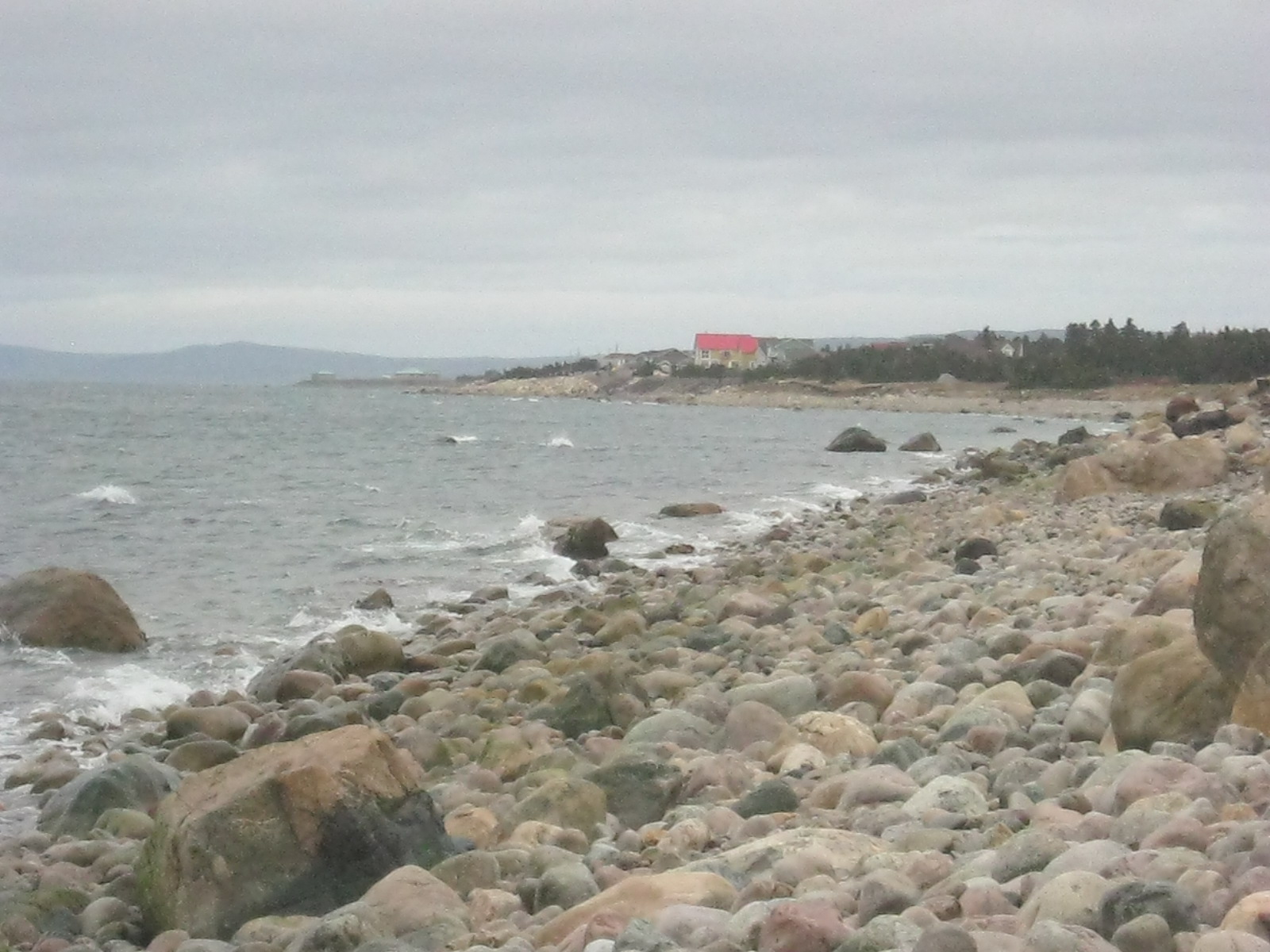 May be the rib cage of a moose

Topsail Beach with Kelly’s Island in the background 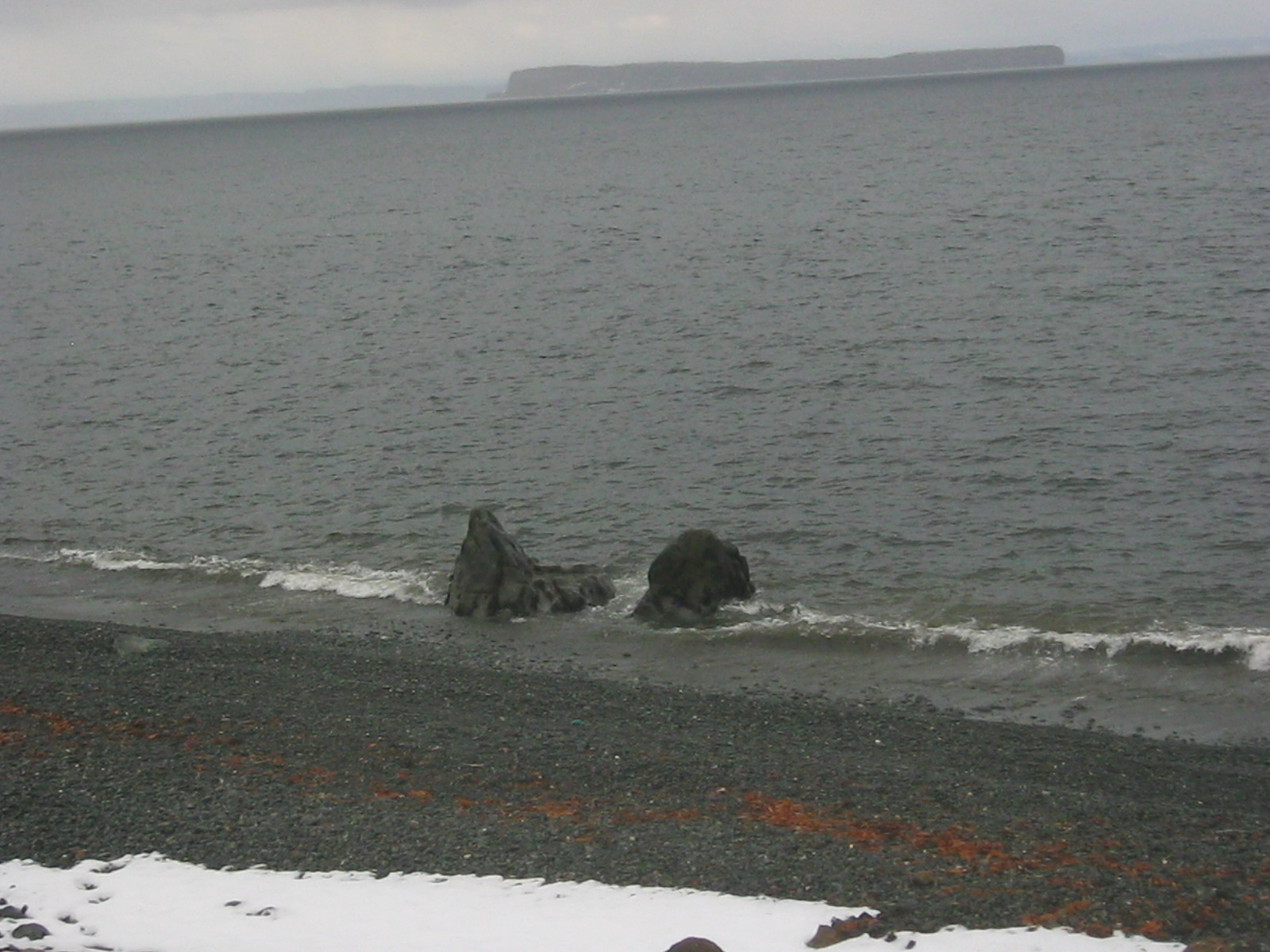 Who would have believed that on Mar 2/16 we would have no snow, on the ground, here on The Avalon Peninsula of Newfoundland Labrador. It’s a warm, sunny 7 degrees, just right for a short walk. I decided to walk The Trailway, from Anchorage Rd to Mineral’s Rd and walk back via the highway. Surprisingly, I didn’t  meet anybody on my walk.

I took my camera as this was going to be a photo rock walk. For me, walking has to have a purpose. I took about two dozen photos of rocks. Some were hiding in bushes and some in amongst the trees. Below are a few of the photos. I did see  the rock that  my wife and her friends used to play on when they were children. It’s on private property so I will have to get permission to get a photo. It would be nice if I could get a picture of her on the rock. Enjoy!