The capelin or caplin is one of my favorite fish to eat. For me, there is no better meal then a pan fry of freshly caught capelin fried in butter. A few days ago one of my cousins posted a photo, from a town on in Placentia Bay, of capelin rolling on the beach. Hopefully, they will arrive in Conception Bay soon.

The capelin finally came in on the beach in Lance Cove on Wed morning July 25th.My son texted me at 8:00am and said that they were rolling on the beach. I picked up one of my grandsons and we drove up to Seal Cove, Surprising, there were only a few people on the beach. One was a friend of ours, Wayne and he had a dip net. We were able to get some which we gave away  to family and friends.

The fish were smaller than what we were used to catching.

Below are a few photos. 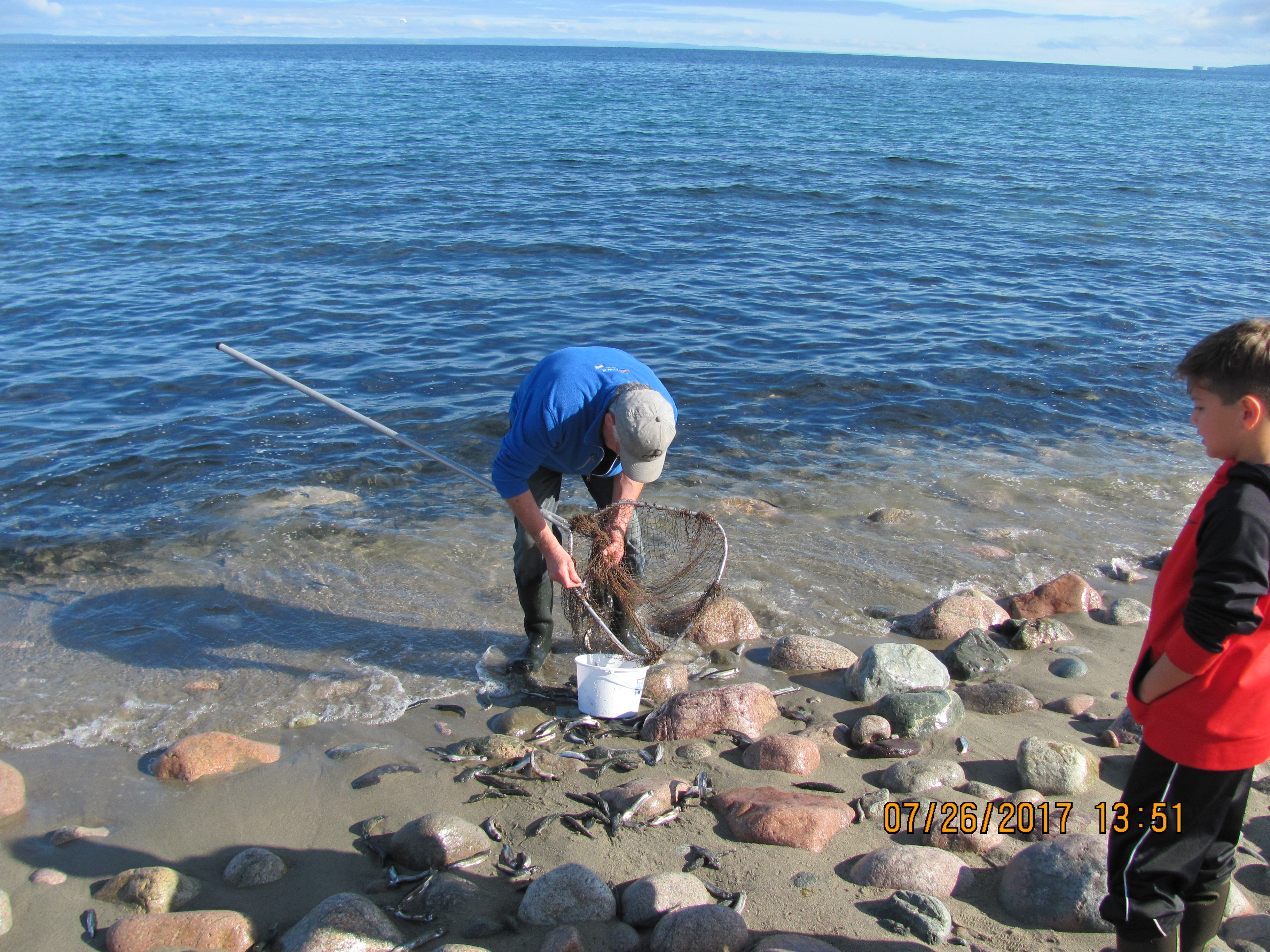 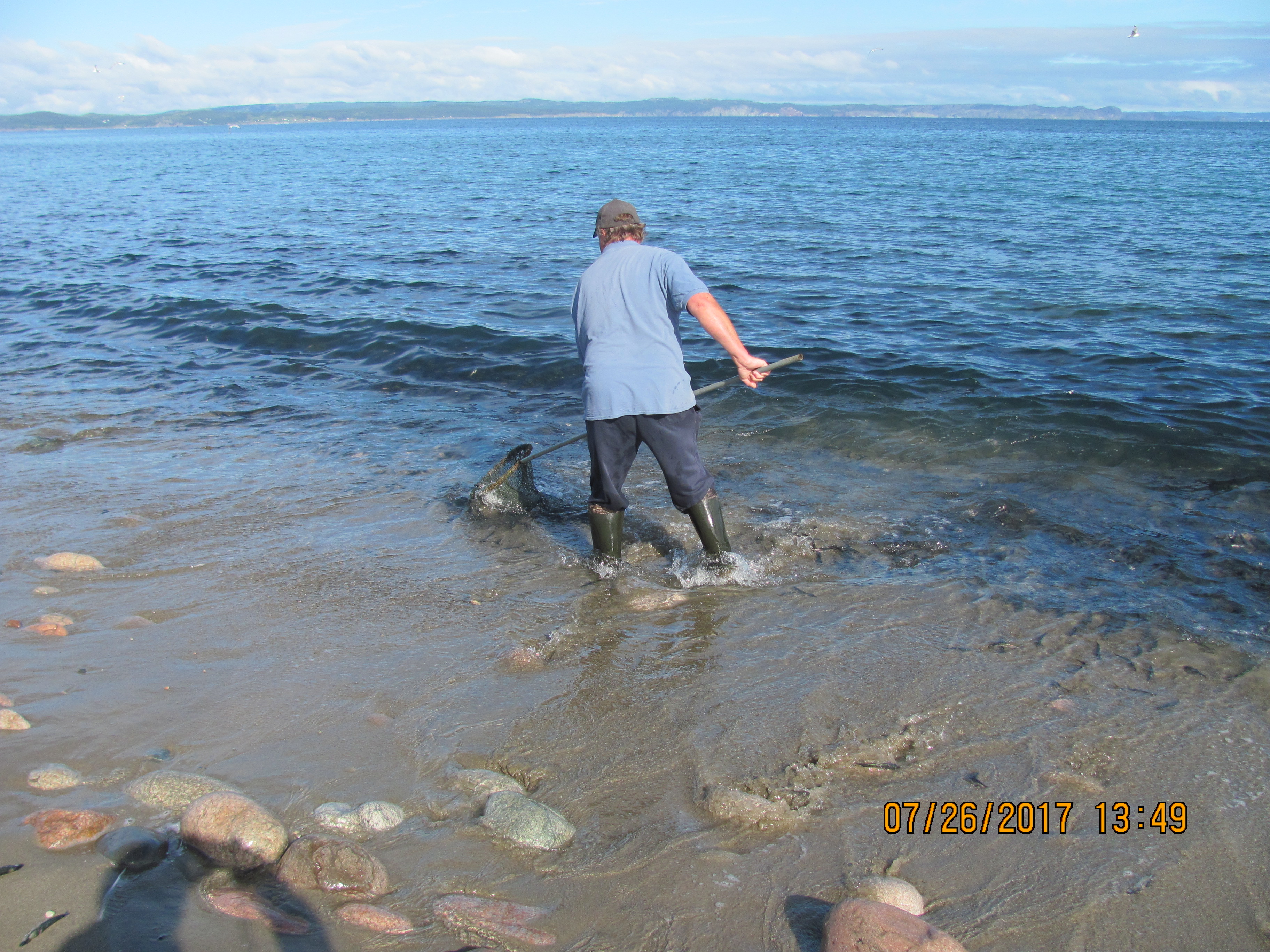 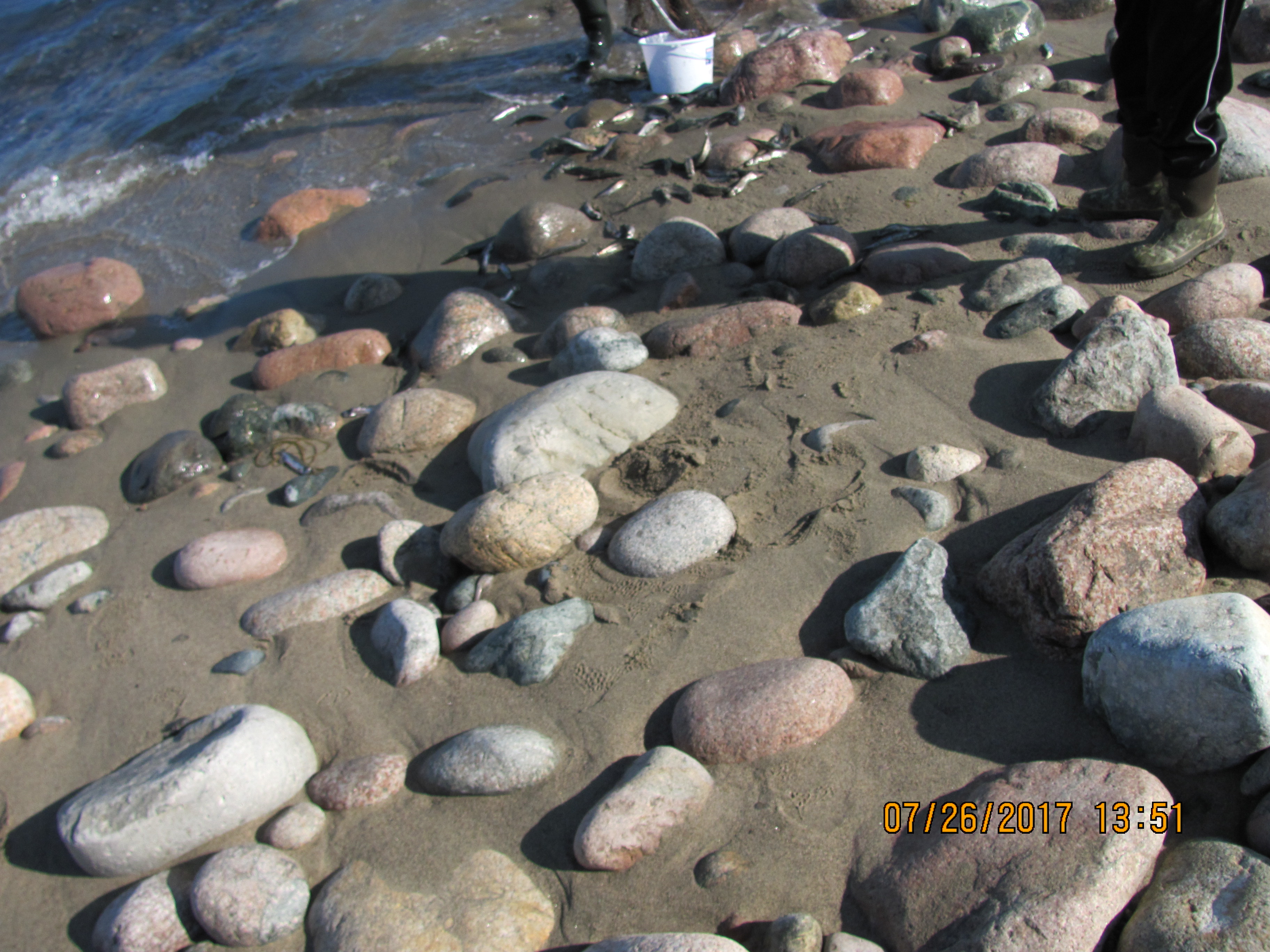 As mentioned, my favorite way to cook capelin is to pan fry them in butter. When my sister Diane was alive I would go to her house for a meal of freshly fried fish. They were a gourmet meal. For some reason I could not cook them like my sister. It may have been the pan that she used. I could eat at least a dozen..

When I was a child and living in Creston, my father would row the dory down to Mooring Cove or Spanish Room for a load of capelin. We would corn some but most would be used as a fertilizer in our vegetable garden.