Where are the trout? I love ice fishing, however; I’ve been blanked on my last two fishing trips. Not even a bite. I tried worms and shrimp and changed from spinners to just a hook with a worm. Nothing! Where have all the trout gone too?

The first trip was to Gould’s Big Pond, with a group of men from the church, The weather was clear, however; it was quite windy on the pond. Although the temperature was only -1, it felt much colder because of the wind. Also, there was drifting on the pond. There were eight of us and we caught one trout.

The meal more then made up for our lack of trout..The cabin was an A Frame style and was as we say, on the pond. The cabin owner, Randy, had cooked, a roast of moose, baked potatoes, cod tongues, a barbecued trout, fish puddings and there were plenty of sweets.It was a feast.

My friend Wes braving the cold on his hot seat 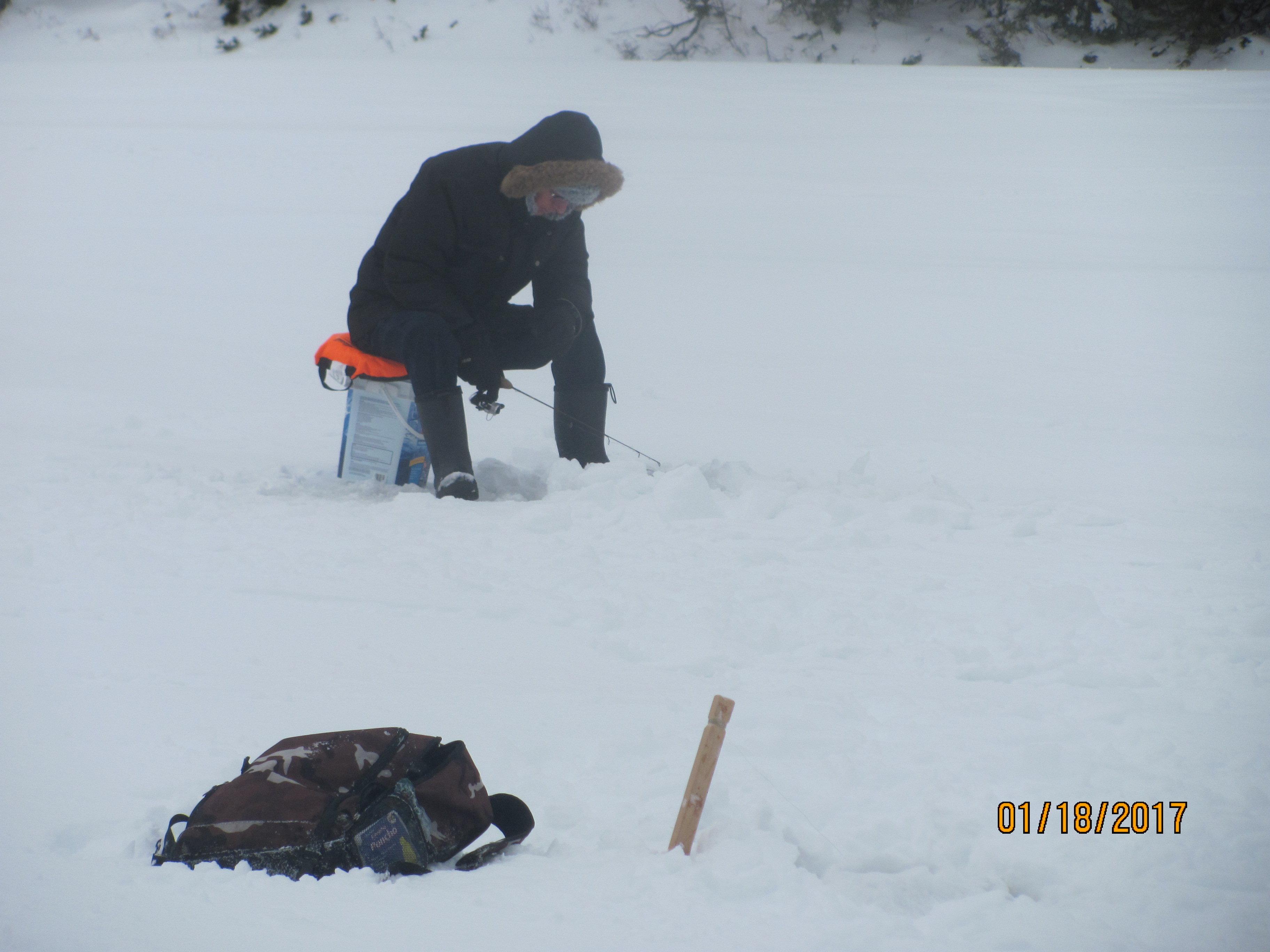 My second trip was to a pond, near the Trans Canada Hwy, just East of The Foxtra Access Rd. I used snow shoes as the snow was deep and I had to walk through a cut-over. Drilled five holes and used the three lines. Stayed for a couple of hours. Didn’t get a nibble.

I’ll be going again on Saturday, Feb 25th and will be taking a skidoo to get back further in the country where I know there are trout and ponds and gullies that haven’t been fished for awhile. 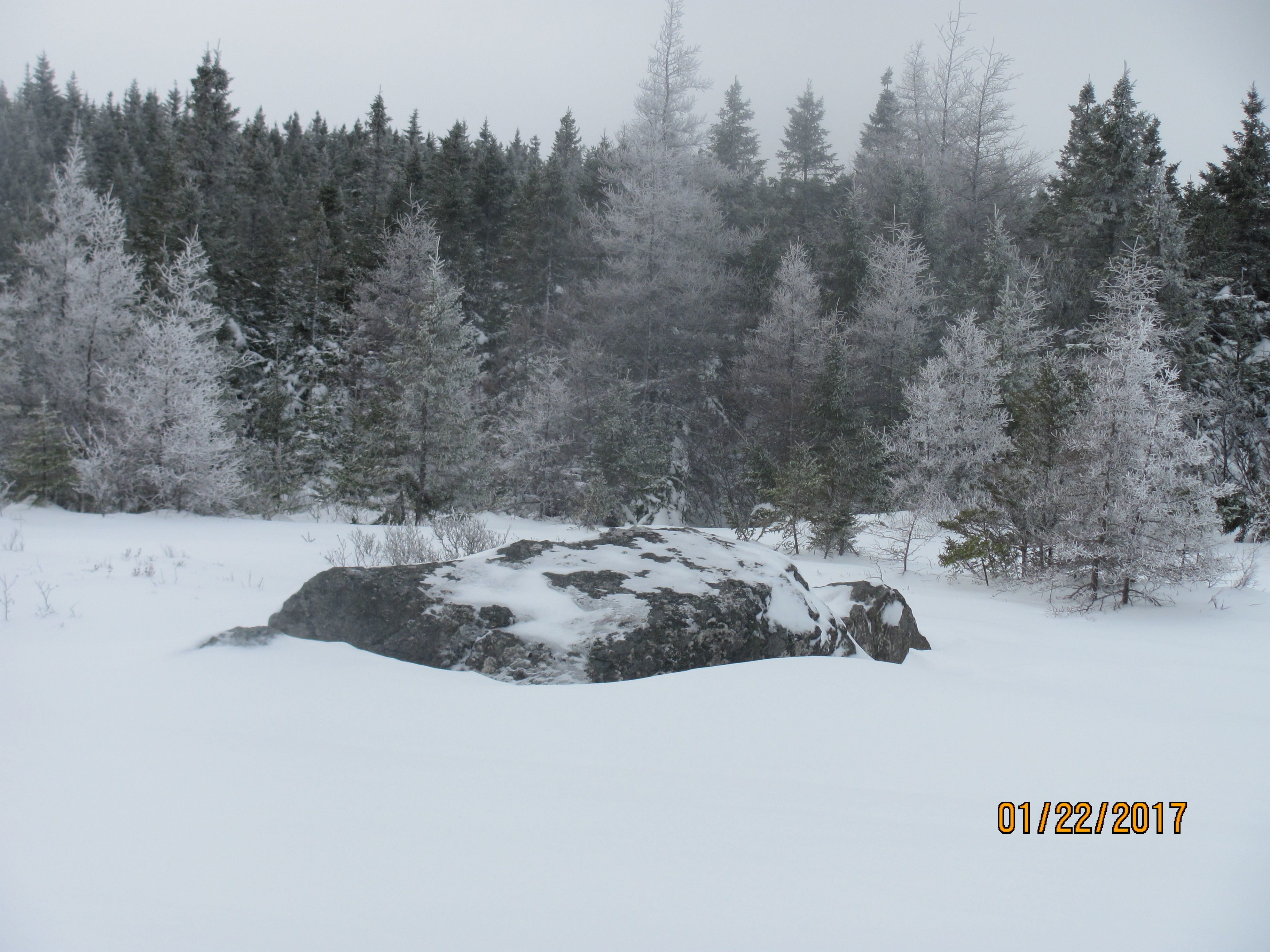 It’s Friday night and getting ready for a skidoo trip into Eastern Waters for a day of fishing. Hopefully, we’ll be ready to leave by 7:00am. Driving to In-laws cabin on the Salmonier Line and will start our run from the cabin. Should be a 20km round trip.

We left the cabin at 9:00am, a little later then expected. The weather was good and conditions were great for sledding, however it got milder in the afternoon and the snow turned to slush. We tried one pond and a couple of gullies. The result! One bite and one trout between five of us. Those were places where there are trout but for some reason they wern’t biting.

The ride back, to the cabin, wasn’t too bad, however; there was a lot of slush on the ponds and the gravel road was bare,  We spoke to a fisherman who was fishing on a pond by the side of the road. He had been there since 7:00am and he had 8 trout. Apparently, he caught most of them before 8:00am.

It wa a good day even though there were no trout. A few pics below. 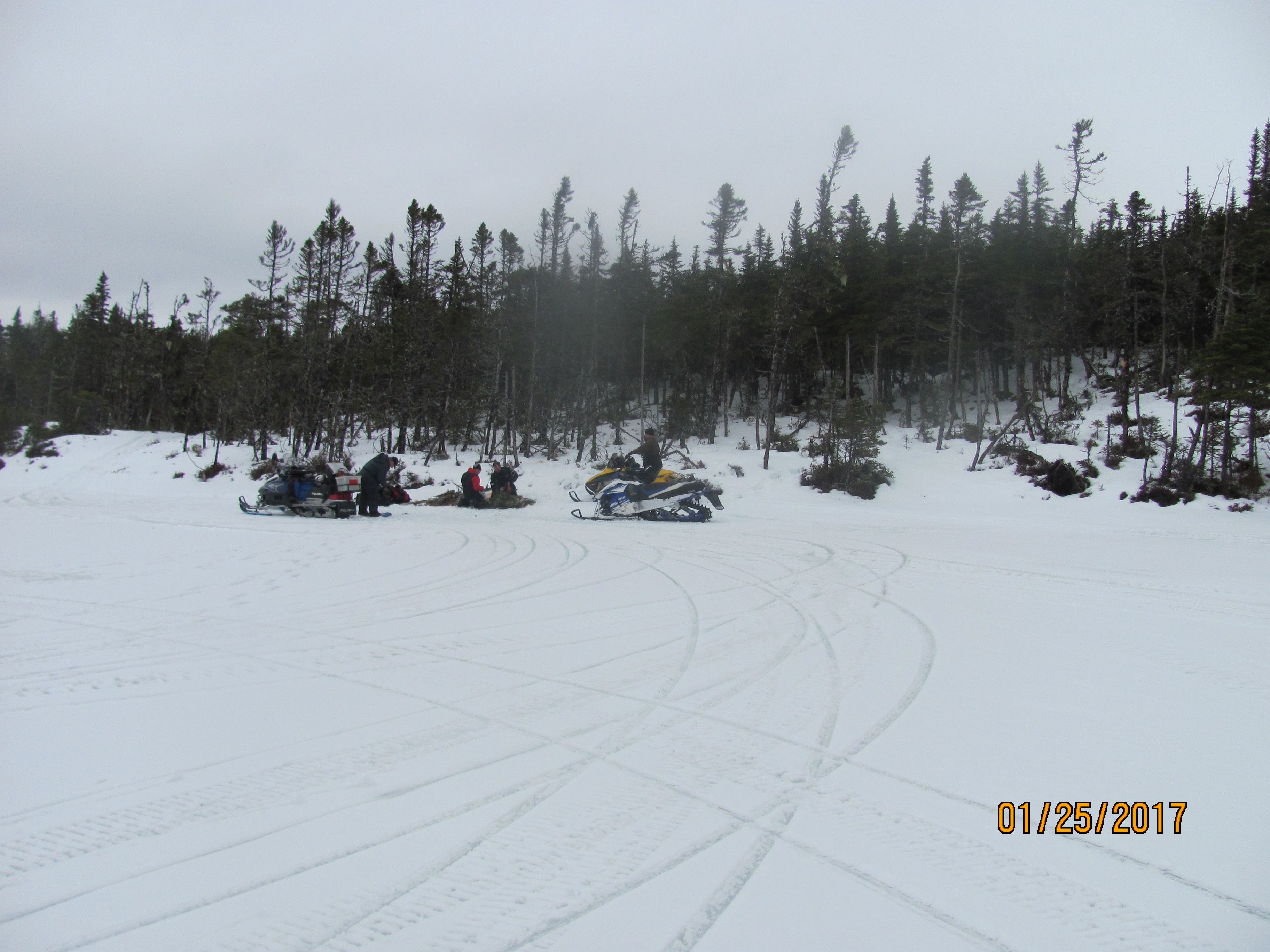 Our grandson waiting for his uncle to finish drilling a hole 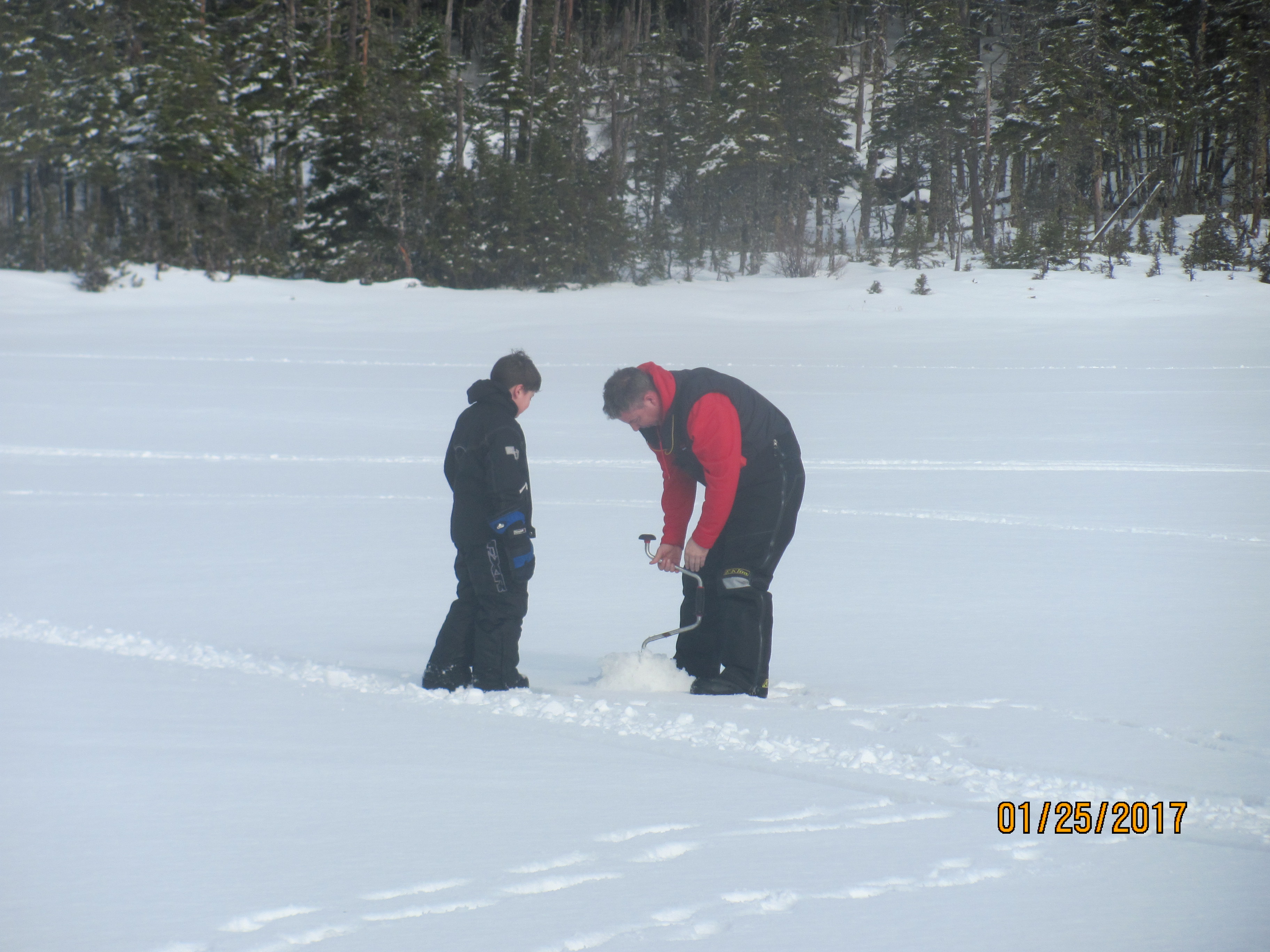 The old and the new way of cooking in the woods. 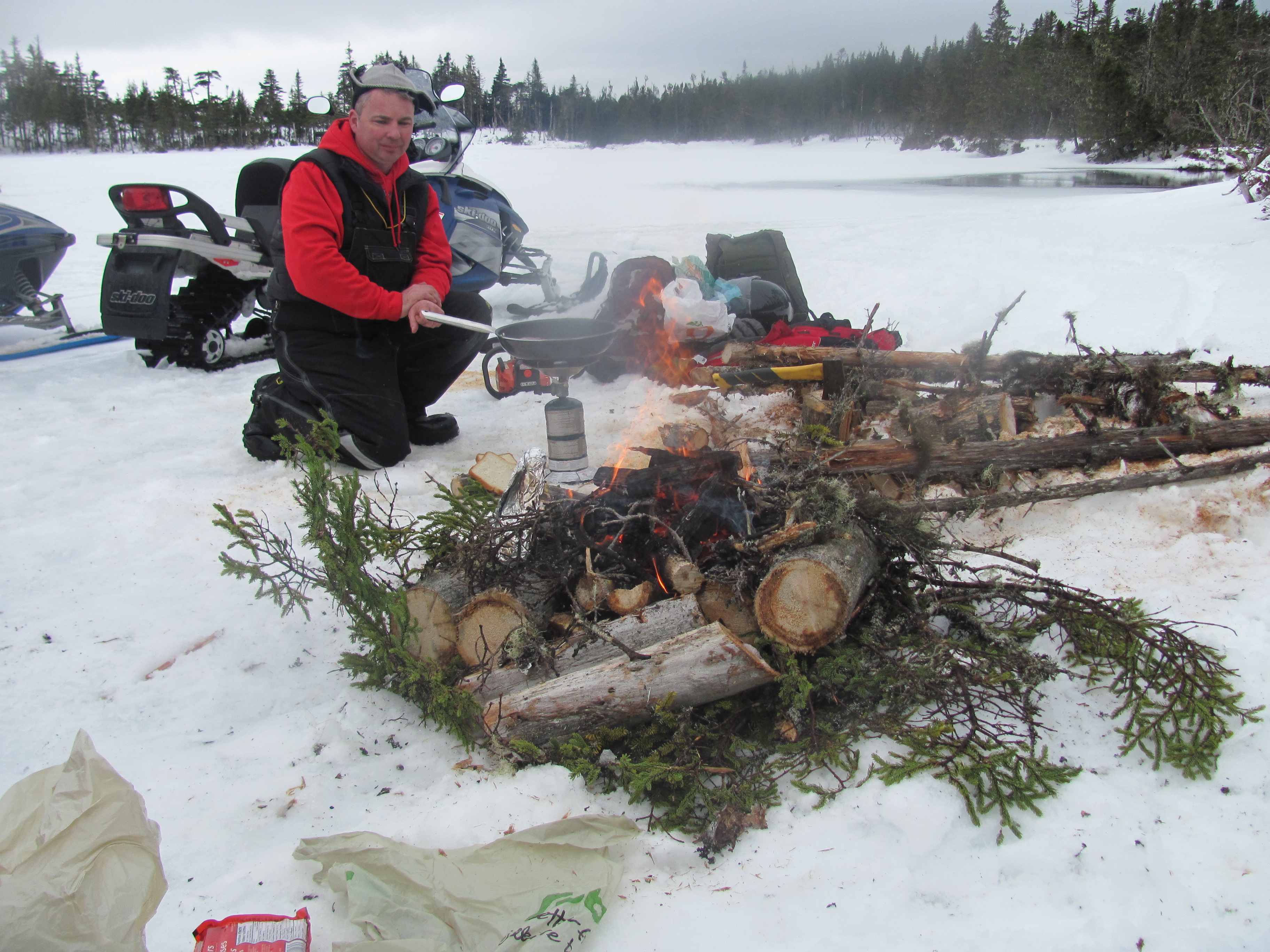 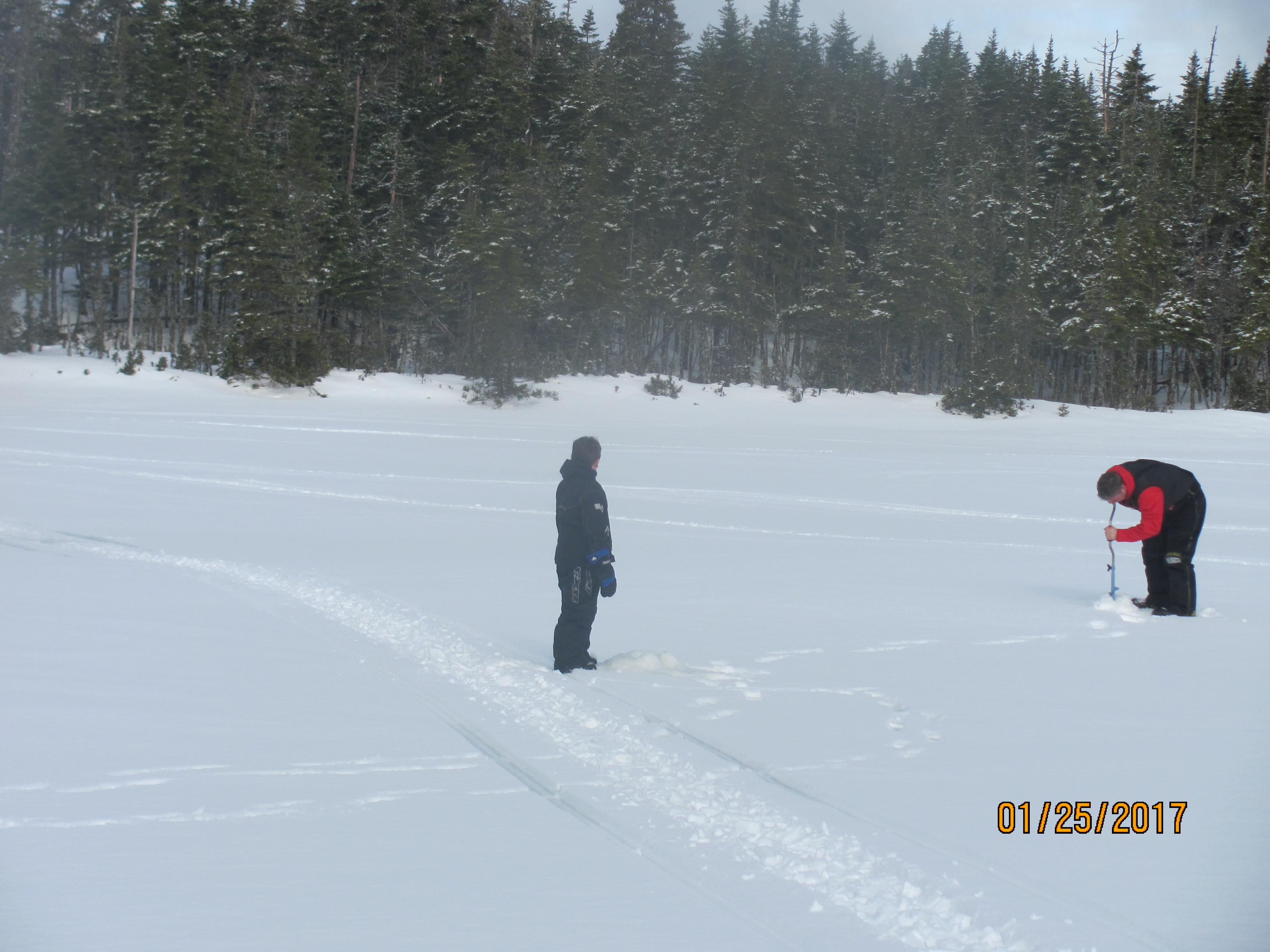 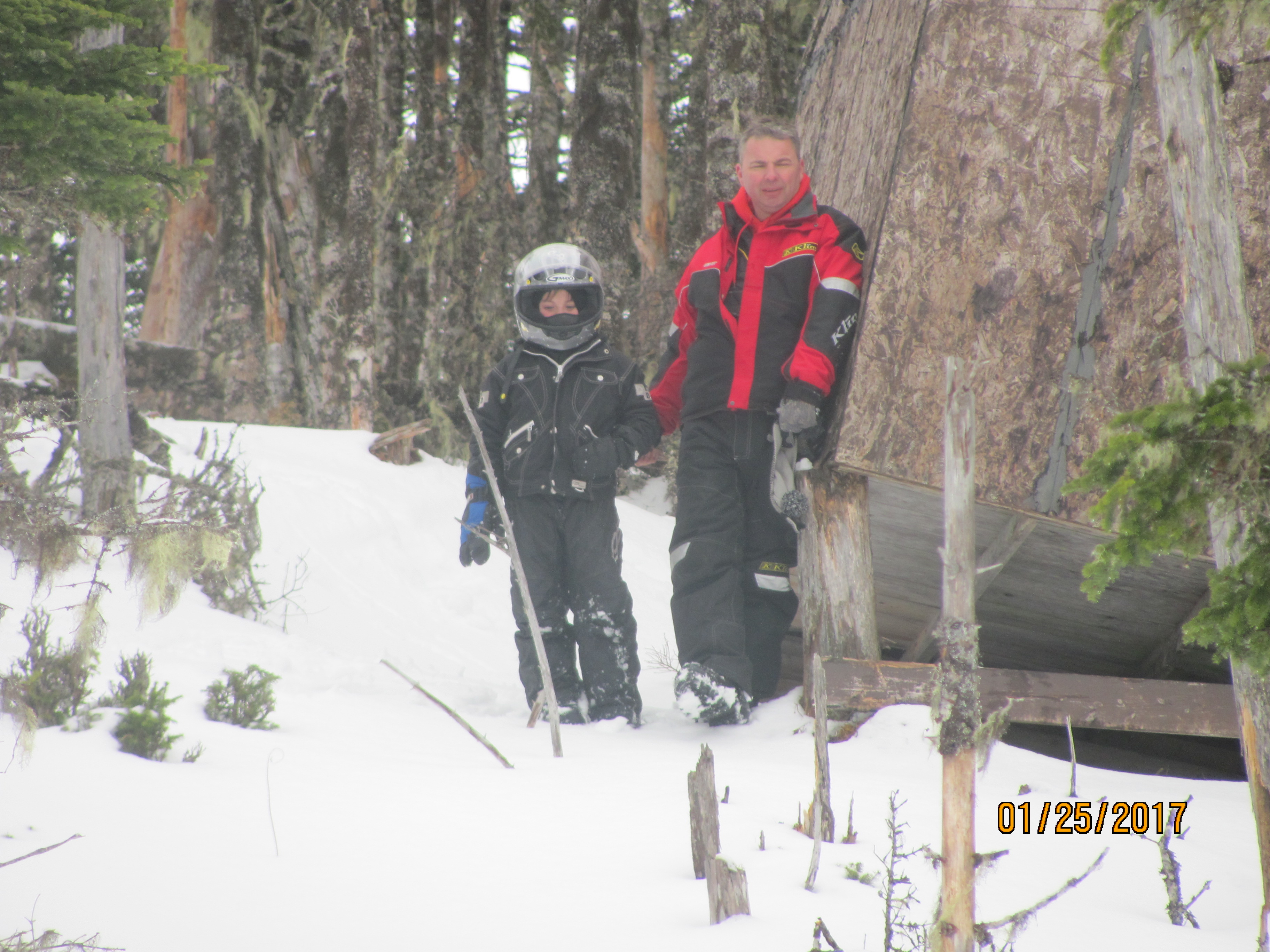 I have two spots that I would like to try before the season is over. Will keep you updated.