One of the fun things we did, as children, was skipping rocks on the water. There were plenty of places for us to skip rocks and we always made it a game.

In the summers, we would take a break from swimming, to skip rocks on the Landing Place Pond. This is a pond in Creston South. The best rocks were flat, round and as smooth as you could possibly find. You could always hear, one of us shouting, “look at the rock I found, this will be the best skip ever.”

Then, we would all count as the rock skipped over the water. One, two, three, four, five, six, seven, eight, nine, ten…wow, did you see that curl. “My turn, my turn, I can beat that,” some one would shout and they would throw their stone.

You would crouch and bend as low as you could in order to get a smooth throw to the water. Sometimes we would run to get  more speed. We would wind up like a baseball pitcher and throw side arm.

We would walk The Tickle shoreline, both up and down the shore looking for the best rocks to skip. The tickle is an inlet that separates Creston South  and Creston North. It is now Marystown North and South. The small cove, at the mouth of The Mill Brook, was a good place to find stones and to skip them ,when the tide was in. We would watch fine sand, floating on the water. as the water rose. It didn’t take much to occupy our time.

How To Skip Rocks

I don’t know if there are any set rules on skipping rocks or the size of rock to use. We would always look for calm water as the stones would dig into the waves, Then, we would search for a flat rock, preferably around and as smooth as possible. The size was dependent on the persons hand.

Normally, we would cup the stone between our thumb and forefinger-the finger next to the thumb. Once we were comfortable, with the feel of the stone, we would bend over as low as we could and keeping our wrist straight, we would sling the stone across the water. You would try to hit the water as close to your body as possible. There is a science, however; the more you practiced, the better you became, as a  stone skipper. I don’t recall my best toss..

Grandkids getting ready to skim rocks. 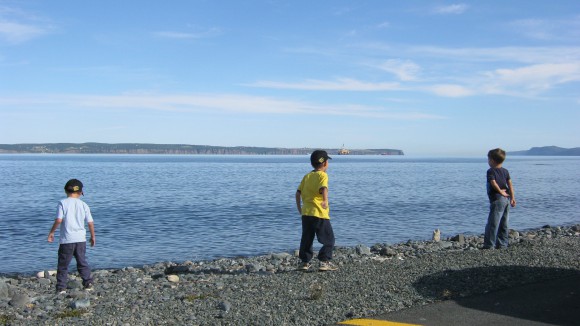 In 2010, we were in Bridgewater, NS. for the funeral of our brother, Sam. We went for a walk, and ended up at a lake, where we decided to skim rocks. The water was perfect for skimming rocks. It brought back a lot of childhood memories and gave us a badly needed laugh. 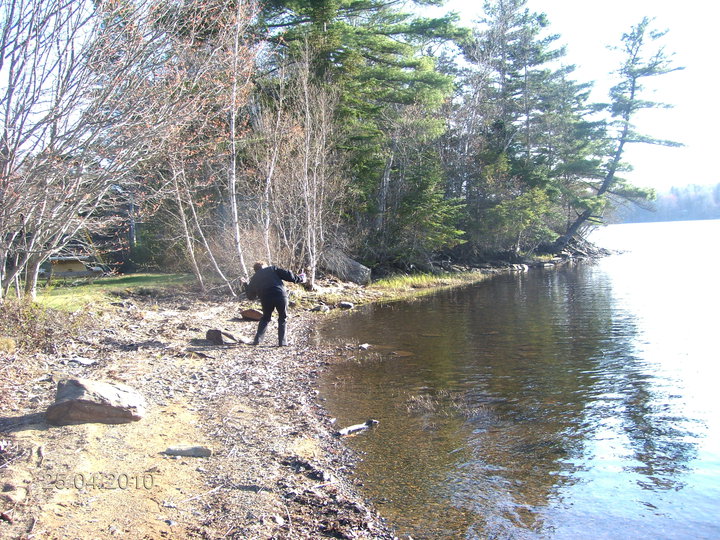 Looking for the right rock

I can beat you bro

I knew there was another sister there..”What did you say?” 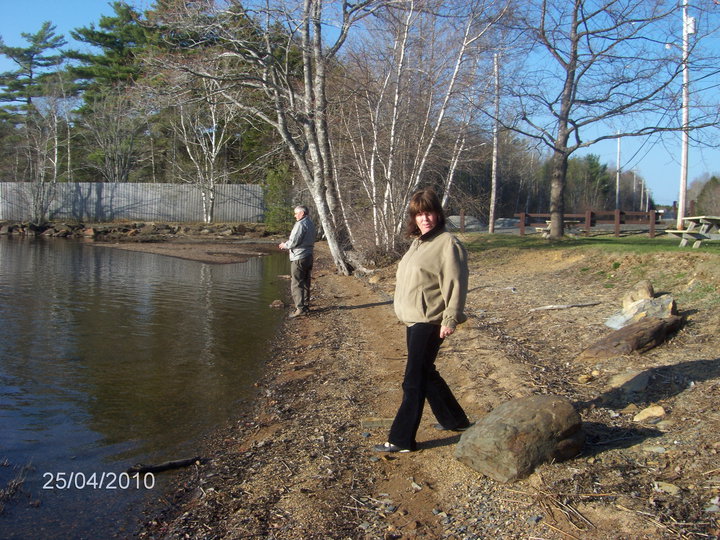 I’ll try and find a good skipping stone and post a picture..