The view over-looking Spout Cove has always impressed me. I have driven down the shore many times and if traffic is not too busy i’ll stop and take a picture.  This is one of the photos that I have taken. 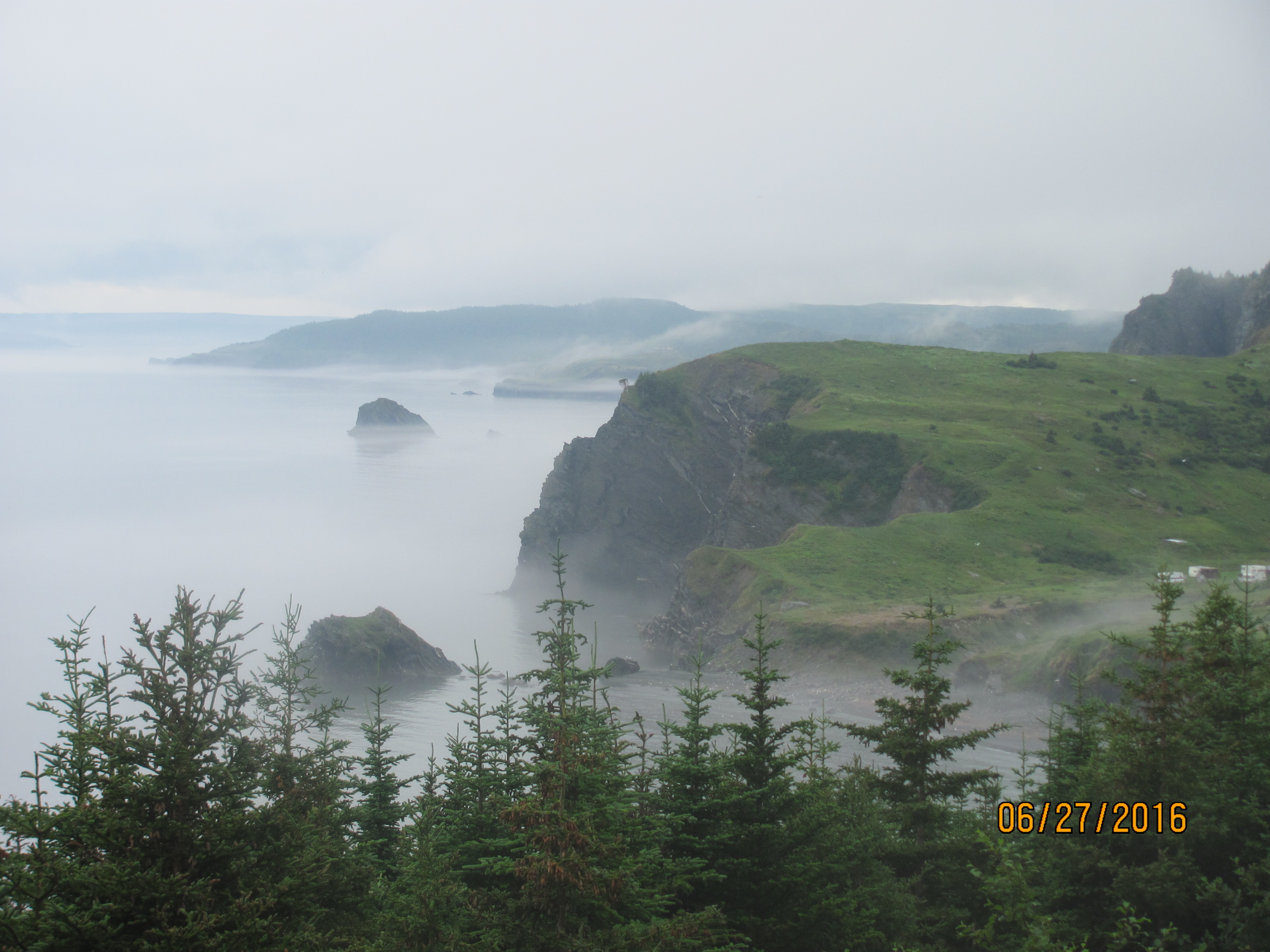 Spout Cove once had a population of about 150 people. There is a cemetery and some of the foundations are still visible as well as a few root cellars.

The following is a paragraph from Franks Timeline..Please click link above for the full article.

Spout Cove is a small abandoned place nestled between hills, that never had more than twenty dwelling houses at any one time.  It lies approximately 10 km northeast of Carbonear. The population in 1966 was 4. A brook runs through it which enters by way of an overfall or spout over a cliff, and leaves by way of another overfall or spout over another cliff to a beach below and out to sea: hence the name Spout Cove.

Last Will and Testament of John Trickett